To View The Whole Home Page Drag The Lower Left Hand Corner Down.
The Website Story Is At The Bottom Of The Page. 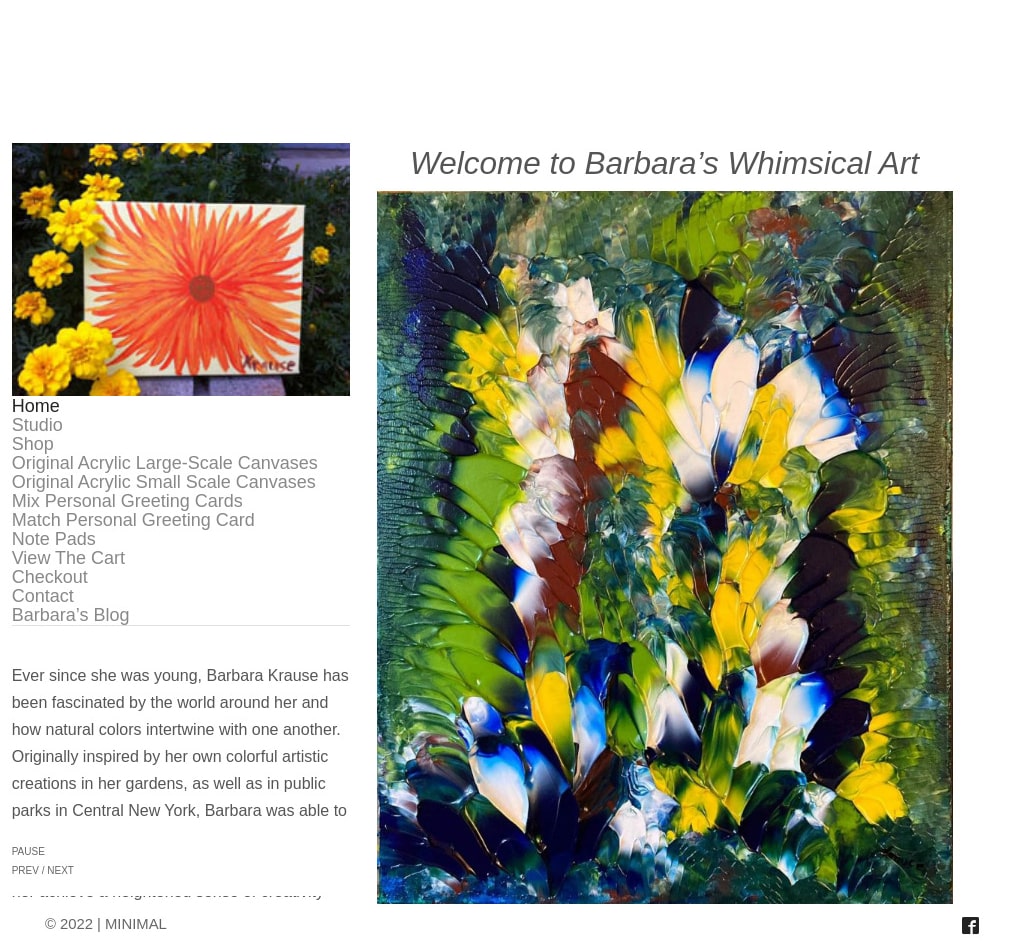 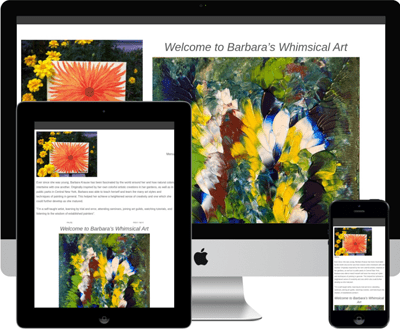 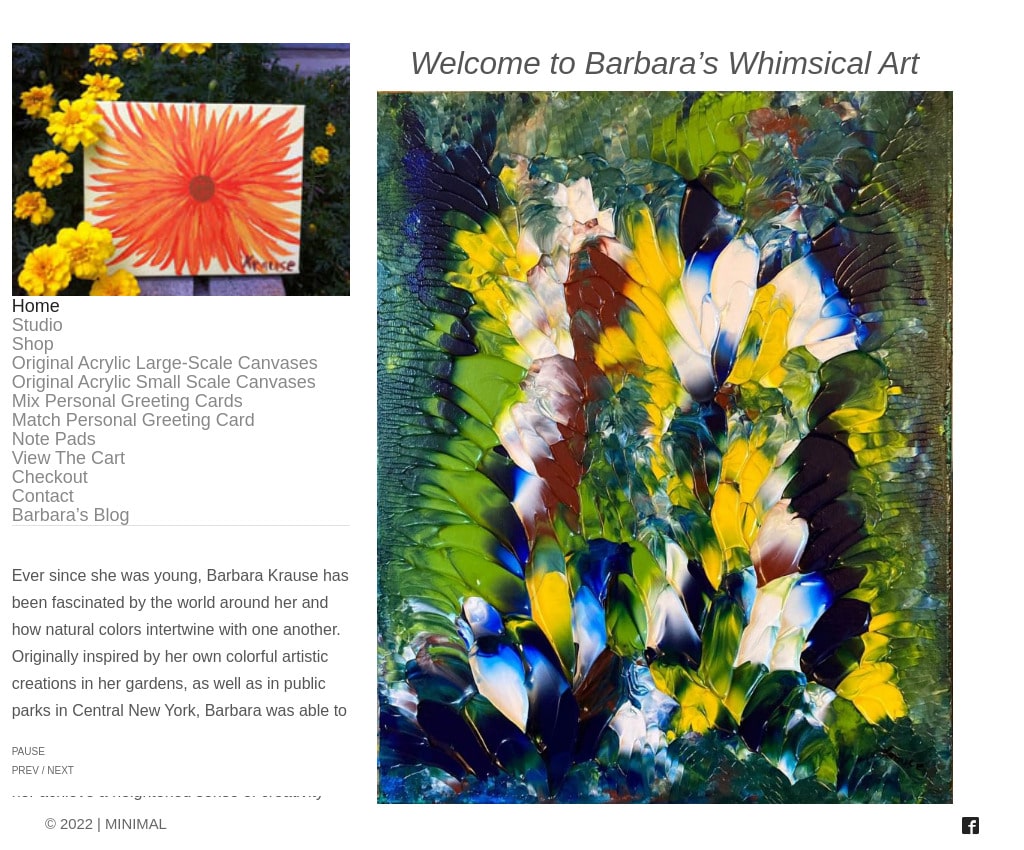 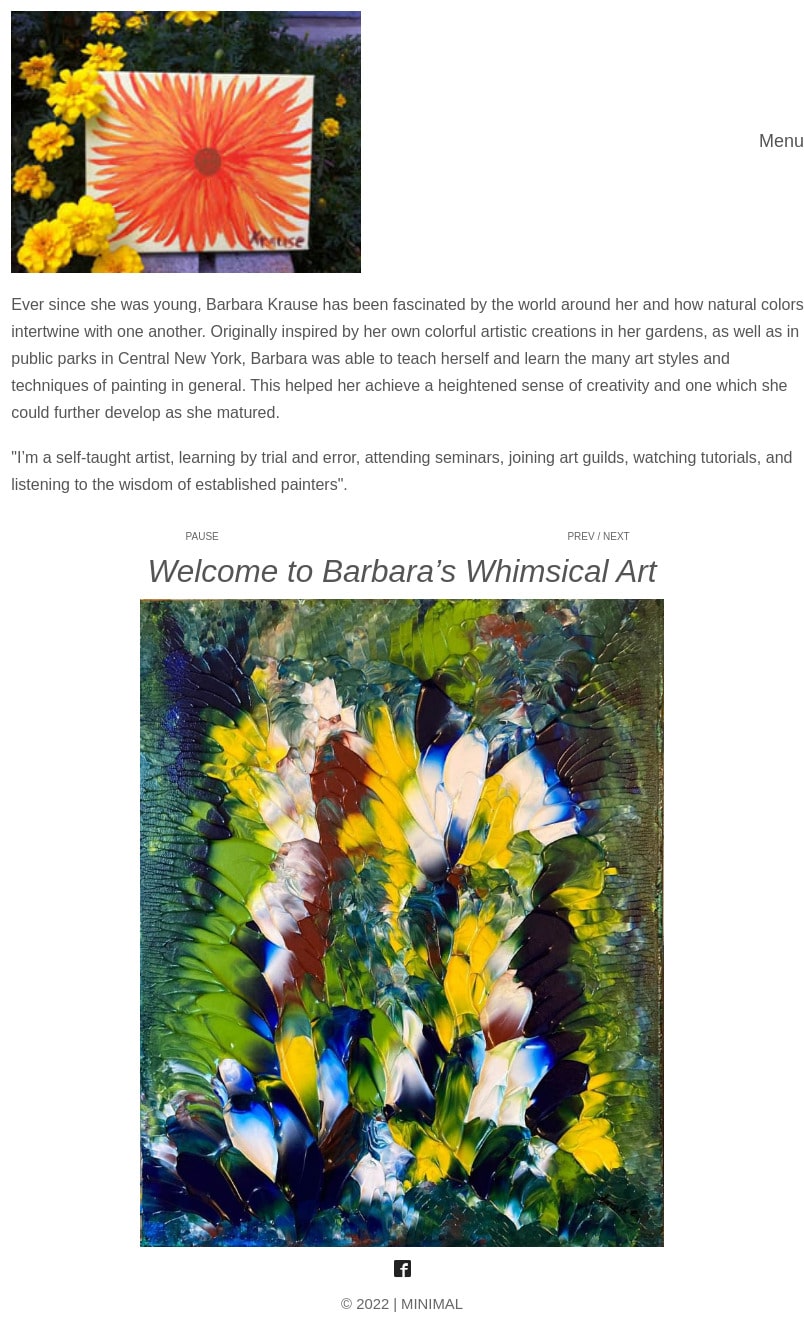 Barbara Krause has been fascinated by the world around her since she was young. Her drive to explore natural colors and see how they interact with one another first influenced her as a child, when she would draw in various art styles to create colorful paintings of what surrounded her. As Barbara grew up, this creativity helped develop an ambitious sense of self-expression that reached its height through painting and other mediums for expression like watercolors or acrylics.

Output: The appreciation for different color combinations and their unique effect on humans can be traced back to early childhood memories where Barbara Krause found herself gazing at the landscapes surrounding the public parks in Central New York State which had inspired many of her paintings over time; thus expanding into multiple artistic fields such as oil painting or ceramics alongside more traditional artistic expressions such as drawings done entirely by hand (pencil).

Need a Website for Your Business
Get A Quote
Sitemap